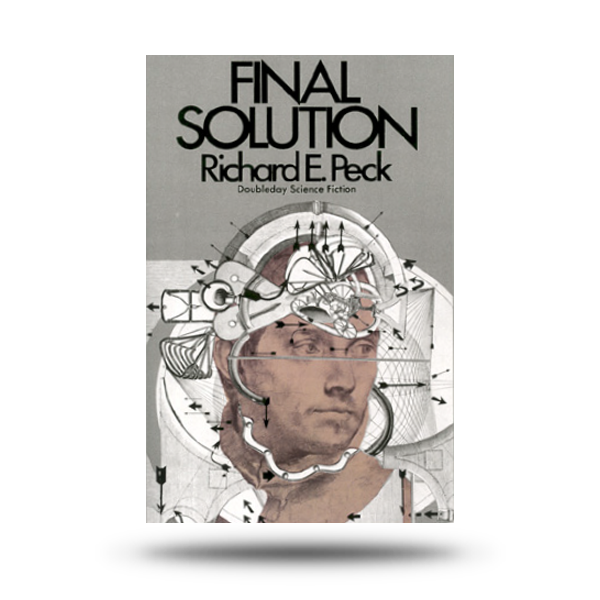 This chilling tale begins with a university, a revolution, and a new epoch in the American Way of Life. Faculty member and reform leader Robert Kiley awakens far in the future to see what the changes have meant for his world. Often hilarious, this devastating first novel shows how the best intentions can produce a nightmare.

For years universities have been restive sounding boards for those who talk of revolution, of a new system, of freedom for every man. This chilling tale begins with a university, and a student riot — only this time the riot becomes a revolution and produces a new epoch in the American Way of Life.

Robert Kiley, a member of the faculty, seems to endorse the change as a giant step forward in the educational process. After all, his name appears on the plan that created the change. But his efforts at reform have brought him near death, saved only by a colleague’s experimental research in cryogenics.

Awakening years in the future, Kiley finds that he is still on the university campus where, through some strange metamorphosis, he has become the spiritual leader of the people — against his every wish. He can’t understand where he fits, in a new era when everyone speaks in distorted versions of today’s ghetto jargon, everyone (literate or not) has a Ph.D., and the university has become a miniature hell, isolated from the new paradise of America. But the money still comes from Washington and as the new “leader,” Kiley goes to fetch it, a journey across America which reveals just how alien he — or his world — has become.

Peck plunges into the genre of science fiction and, as with all his books, comes up a winner. – Reading New Mexico

Coupled with a swift, bright narrative style and a coruscating sense of humor is a… fistful of genius for characterization… a fine fell for language, and you have a rough idea of Richard Peck’s recipe- and clear notice to watch for his name again. – Theodore Sturgeon, Galaxy Magazine

There are no reviews yet.

Be the first to review “Final Solution” Click here to cancel reply.